Mosgiel is in easy reach of the many local tourist attractions. 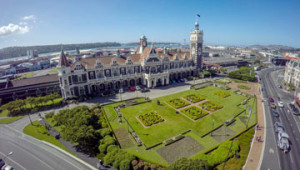 It’s only a few minutes’ drive to Dunedin, with its remarkable heritage buildings and other tourist attractions such as Speight’s Brewery, Cadbury World, the Taieri Gorge Railway, and Baldwin St, the world’s steepest street.

The fabulous Otago Peninsula with its beautiful harbour, spectacular scenery and abundant wildlife lies just beyond the city. You can see yellow-eyed penguins, royal albatross, seals and sea lions, and even dolphins and the occasional passing whale from its many lofty vantage points. Then there is the must-see Larnach Castle – a stately home built in 1871 by 200 workers with seemingly no expenses spared.

You can go north about an hour to the mysterious Moeraki Boulders and on to the delightful whitestone heritage town of Oamaru. Alternatively you can head south to the fabulous coastal forests and golden beaches of the Catlins, one of the South Island’s best-kept secrets. 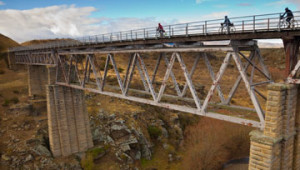 Mosgiel also puts you barely 30 minutes’ drive from the beginning of the highly popular Central Otago Rail Trail, which can take you into the golden heart of the province with its magnificent landscapes.